Amazingly talented faculty and students during my Visual Development presentation. 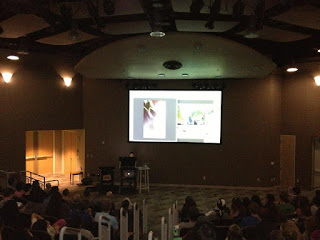 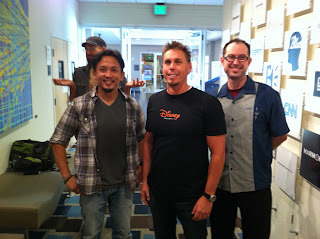 I bumped into colleagues James Finch and Matt Roberts from Disney.
Posted by Armand Serrano at 6:46 AM 5 comments: 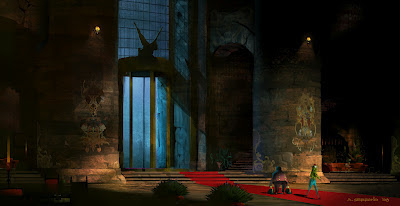 Hotel Transylvania topped the charts in its first weekend with a strong $42.7 million, setting a new record for a September opening! Thanks to all who supported the film.
Shown here is an early design I did for the hotel lobby entrance that is shown at the end credits of the film.

Posted by Armand Serrano at 8:34 AM 8 comments: