O Come Let Us Adore Him! 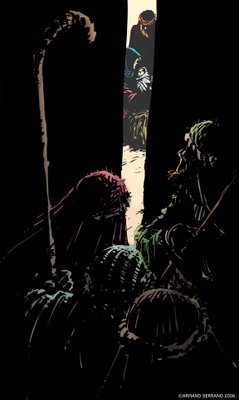 "And there were shepherds living out in the fields nearby, keeping watch over their flocks at night. An angel of the Lord appeared to them, and the glory of the Lord shone around them, and they were terrified. But the angel said to them, "Do not be afraid. I bring you good news of great joy that will be for all the people. Today in the town of David a Savior has been born to you; he is Christ the Lord. This will be a sign to you: You will find a baby wrapped in cloths and lying in a manger." Suddenly a great company of the heavenly host appeared with the angel, praising God and saying, "Glory to God in the highest, and on earth peace to men on whom his favor rests." When the angels had left them and gone into heaven, the shepherds said to one another, "Let's go to Bethlehem and see this thing that has happened, which the Lord has told us about." So they hurried off and found Mary and Joseph, and the baby, who was lying in the manger. " (Luke 2:8-16)

Below is the step by step from the rough stage. 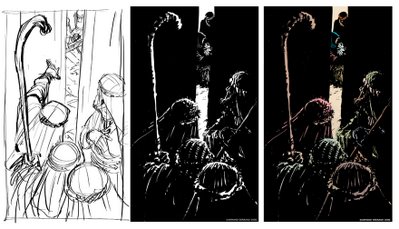 I want to come up with a composition not commonly seen. We always see the wise men especially on Christmas cards but what about the shepherds? They were the first ones on the manger. Baby Jesus has to be in the center but above the shepherds so it has to be a downshot. Mary and Joseph will frame the baby. Lastly, I want to imagine the feeling the moment the shepherds open the door having a glimpse of the Savior for the very first time. As soon as I applied "ink", I realised that the arm of the shepherd on the door became too strong and interesting taking away my eye from the main subject. So I deleted it and instantly, the scene felt calmer.

I'll be on vacation for two weeks so I bid you all fellow bloggers Merry Christmas and a joyful new year! May you all have a wonderful holiday season. Be back next year.
Posted by Armand Serrano at 2:53 PM 26 comments: 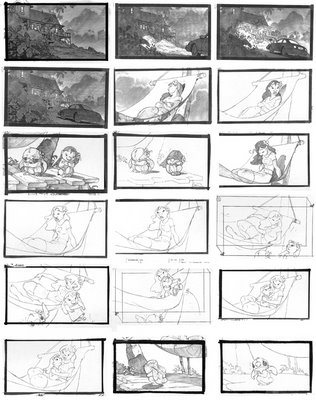 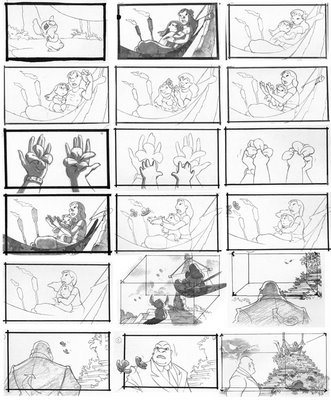 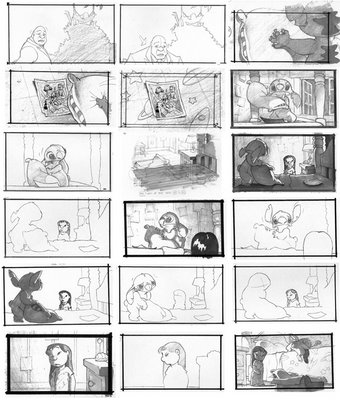 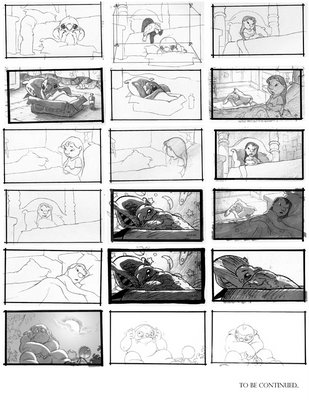 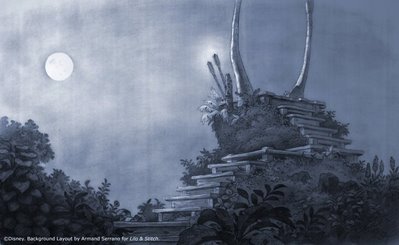 ©Disney.
Schedule has been pretty busy so Im posting a workbook series for now. This is the most tender moment and probably the longest sequence in Lilo & Stitch. I'll save the other half for next time. You may notice that some of the shots has been modified. Nani is bidding farewell to Lilo by singing "Aloha 'Oe". Originally, we have Cobra Bubbles pull up into the driveway. He saw this emotional moment and decided to leave to come back the next day. So here is the original workbook version that I did and it's easy to follow along with the story. Also posted is the rough layout for the establishing shot of the hammock.
Posted by Armand Serrano at 2:27 PM 32 comments: