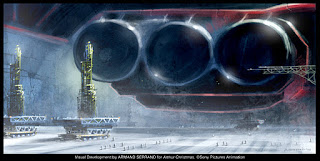 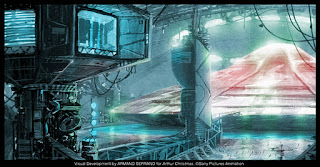 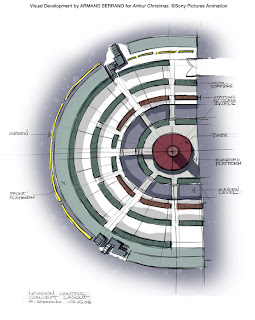 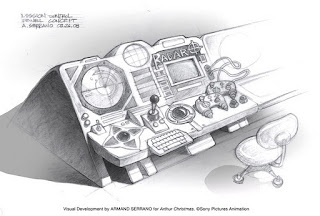 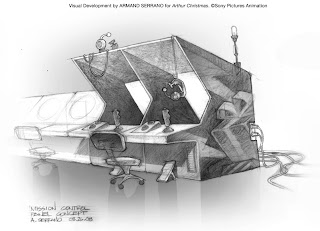 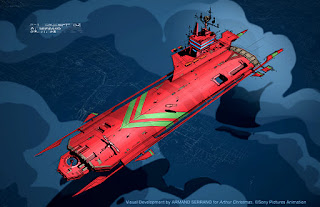 My concept on the S-1 stemmed from the TV show Battleship Yamato which I love when I was a kid. But instead of a flying battleship, S-1's an aircraft carrier. Below was my first stab on the concept. 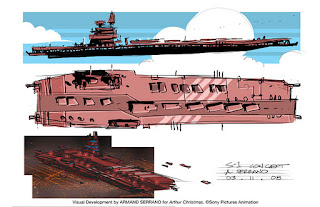 Then we went for something slicker, streamlined and organic like a race car. 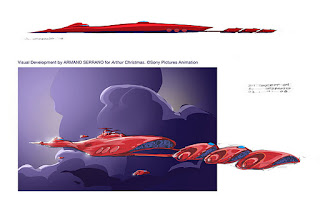 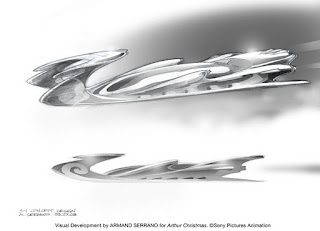 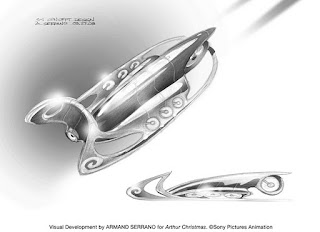 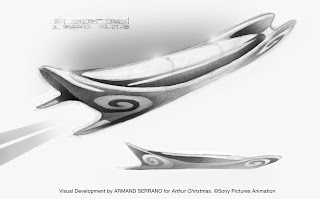 An idea that I had was the huge S-1 is being stirred by a tiny control rudder mounted on an arcade-type ride just to be playful and fun for the elves. 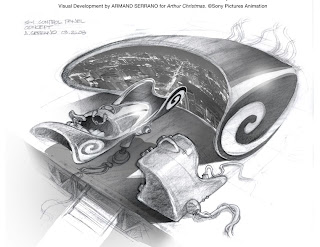 The concept below is when Grand Santa goes back to find his old sleigh and reindeer, he passes by museum type rooms where the old sleighs through generations are kept: 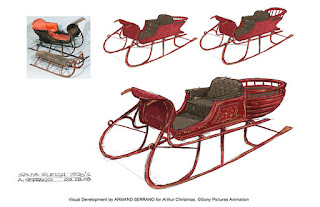 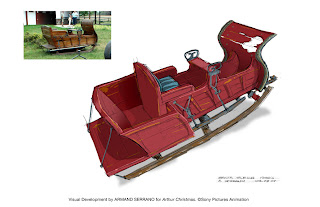 This was used around 1930's till mistaken for a German bomber eventually shot down during Battle of Britain in 1941 :) 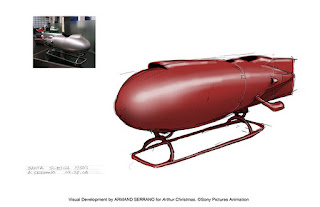 Now this one was used during the Cold War in the 80's. Fun.
More to come...
All images ©Sony Pictures Animation.
Posted by Armand Serrano at 7:00 AM 7 comments: